Uganda Martyrs day is celebrated every year in June at Mugongo Catholic shrines. The shrines symbolise the the 21 catholic Christians who were murdered for Christianity

Kabaka of Buganda with UMCC Choir 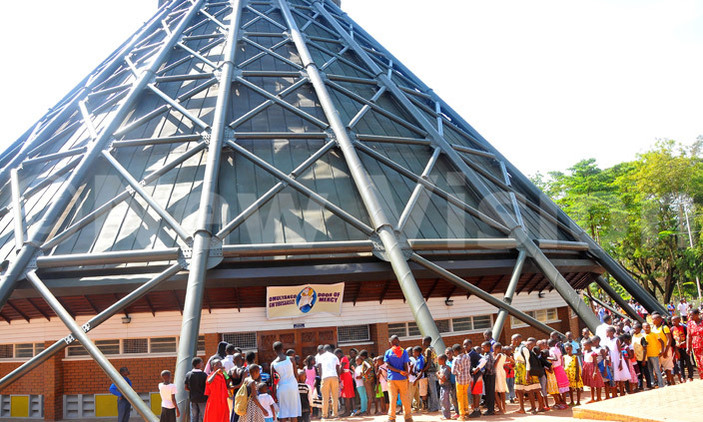 sEstablished 1989: The idea to celebrate Uganda Martyrs Day was conceived in 1989 by members of a choir. By 1992/93 the celebrations gradually picked up and our community grew centred on that idea. The Uganda Martyrs Association (UMA Charity) was soon formed and had their first formal celebration on 31st Oct. 1993.From 1994 the members began celebrating monthly Masses at St. Paul’s Church, Wood Green. The UMA Charity and Community were being ran as a single unit until 2002 after the dissolution of the charity.

The UMCC in its current form was established in August 2003 with the inauguration of a proper constitution.

Church services: We celebrate Mass every last Sunday of the month at 3 pm followed by  refreshments in the Church Hall, 4 Lady Margaret Road, NW5 2XT.

Uganda Martyrs Day: is celebrated on 3rd June every year at Nnamugongo Catholic Shrine – Uganda. The Shrine symbolises the 22 Catholic Martyrs who were murdered and burnt for their Faith.

Our motto is “In Faith We Grow”, as we walk in the footsteps of our patrons, the 22 Uganda Holy Catholic Martyrs. As we seek for their intercession, we look up to them as a source of inspiration and guidance.
Our patronal feast occurs on 3rd June every year, but we celebrate the occasion as close as possible to that date in June every year.

The Mission of the Uganda Martyrs Catholic Community – UMCC is to offer Ugandan Catholics living in the United Kingdom and the Republic of Ireland an opportunity to pray together in our indigenous languages, to socialise and help each other in finding solutions to challenges and problems affecting us. 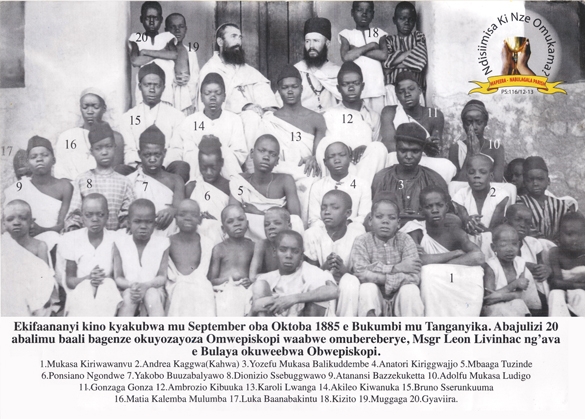 PRAYER TO THE HOLY UGANDA MARTYRS

O God, by whose providence the blood of the martyrs is the seed of the Church: Grant that we who remember before thee the blessed martyrs of Uganda, may, like them, be steadfast in our faith in Jesus Christ, to whom they gave obedience even unto death, and by their sacrifice brought forth a plentiful harvest; through Jesus Christ our Lord, who liveth and reigneth with thee and the Holy Ghost, ever one God, world without end, Amen.

You can support and donate to our community and evangelical work securely through Paypal. Please click on the Donate Button below.